Hi everyone, It's been the better part of a year since I carried out a Centroid oak conversion to my Quantum 2000 Bedmill, and I have been trying to make a success story video for months but I just can't get it finished and I thought I'd take a few minutes today to put up a bit of a success story here.

In 2020 I bought a used Quantum 2000 bed mill, 4 axis, BT40, with 2000mm X travel. It wasn't what I was looking for at the time, but it was available locally and at the right price so I bought it. It was fitted with an Anilam 5000m controller and it had a few issues but none too serious. After a while I started trying to do a bit more serious work on it and it was having major issues. So after a few stressful sleepless nights I bit the bullet and bought a Centroid Oak with the console and a few goodies. Then the fun began.

Being a mechanical guy, and not really up to the mark with electronics, I really struggled. I'm no gonna lie, there were a few errors on my behalf, but the documentation from Centroid could certainly do with a look-over too. but I eventually got in touch with a guy named Marc from CNC Services Northwest and he was able to solve all of my issues fairly quickly, and at a reasonable price. I set a budget for the whole retrofit, and came in $1000 over budget, but I made it all back in about a month.

Since the retrofit I've The machine has run flawlessly, except for a couple of human error issues, and it's pumped out tonnes and tonnes of work. I've done some long days on it, starting at 4am and going till after midnight, and it just keeps chugging along. I found the control difficult to write programs on at the start, but once you get the hang of the ICN program, you can knock out a simple little program in minutes. I have a little CNC lathe as well and it's only 2 axis, but I often get a lot of work making pins for one of my customers which often need drilling, and it's so quick to just throw the pin in the vise and write a quick little program and punch a hole through, honestly, it's just super easy.

I don't know what else to say. I am still planning to do a video about it, and I've taken some footage but I'm no cinematographer, and I can't find a way to get decent audio, I'll have to buy a lapel mic, as you can't hear anything I'm saying over the machine noise. It is coming, but finding the time and having the equipment available is really hard. I'm moving into a much larger workshop over Christmas, so there will be a couple of weeks where I won't be busy machining too much, hopefully I can get something sorted then. 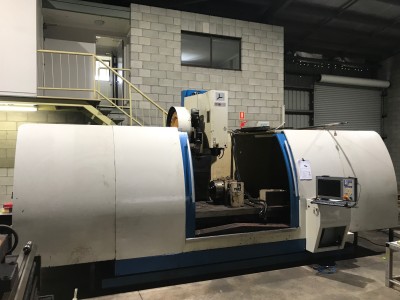 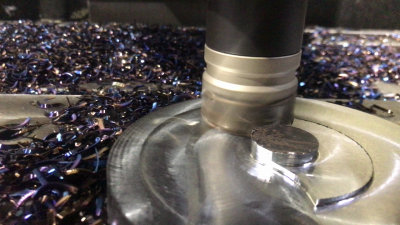 some milling on some 350 plate, knocked out 400 of these plates in a couple of days, was a good job. nearly paid for the retrofit on the first serious job. 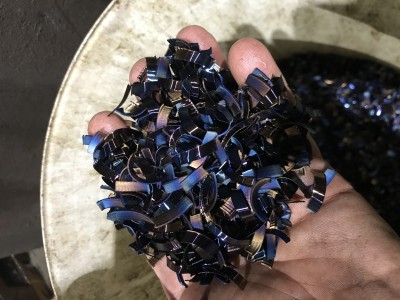 first real chips on the machine after the retrofit.

Any questions guys, let us know, I'll try to answer them when I can.
If the green light ain't burning, you ain't earning.

Congratulations Jason. I remember your build. Doing a retrofit can be intimidating even for someone with an electrical/electronic background. The analogy "eating the elephant one bite at a time" applies.

I'm glad you persevered, and it was successful for you. Thanks for sharing your experience. We are fortunate to have someone like Marc Leonard (cncsnw) to help us along and to make his services available for hire when we get stuck.