Hi all! I have been posting over in the other forum some and figured I would start a thread here to document what I consider to be a success. Still a ways to go and still learning a ton, but have been making parts for three months and been able to basically cover the cost of the conversion through selling those parts, so not too shabby!

The base machine is a Precision Matthews PM-728VT. I am using their ballscrew kit, which fit very well minus one screw size mismatch that was quickly fixed. I did have to make some Nema 24-34 adaptors on the mill manually before starting the conversion as I am using three nema34 motors.

The electronics enclosure is an old pelican case I had laying around. not perfect, but it works well. It used to be used to ship exposed film for NFL films. Pretty cool third life for it! 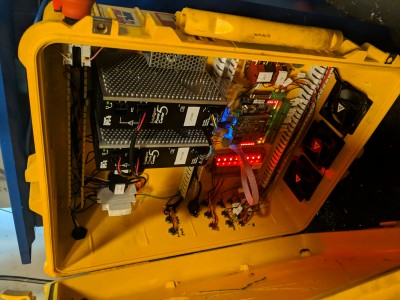 I made a very very bad looking enclosure to try and contain the chips. As I have been avoiding going to the store as much as possible I built it with scraps of wood I had laying around the house. If you look closely you can see parts of ikea chairs and a chest of drawers in there. It looks awful, but works decent. The lexan on the front needs to be turned into a sliding door badly. The magnetic catch on it right now works, but is a real pain. 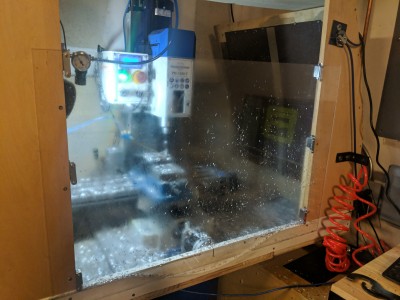 I am still trying to dial in some lost motion, but based on some reasearch I have done recently I think my gibs are too tight. I am going to adjust them when I get back home and see if that solves the issue. Thankfully most of the parts I am making aren't high tolerance.

I took the dro off of my lathe and put it on the axis to do ballscrew comp on them. That helped accuracies quite a bit. I may have to do it again once I adjust the gibs, but I hope not. 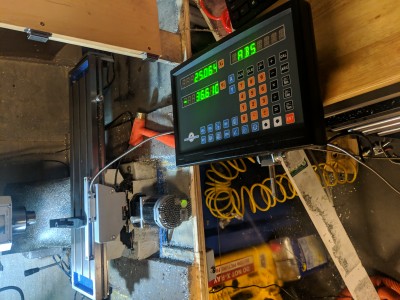 Some of the parts I made in the first month or so. I work in the film industry and these are specific brackets for some gear I use. 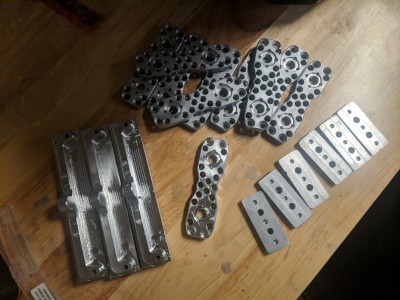 and anodized black (a pretty neat process, but certainly took some fiddling to get it down to where I am happy): 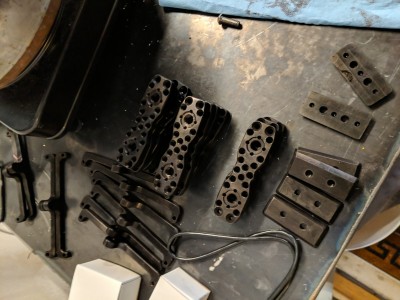 Overall I have so enjoyed this experience of learning about CNC and converting my mill to CNC. I am by no means finished with the project either. My current list of things to do:

-New spindle motor - the BLDC motor that PM ships with the mill is just underpowered for doing the cuts I want to do. The nature of BLDC is that it bogs down and the torque tapers off as they spin faster. I would love to have a faster spindle than 4250rpm as well. It worked fine for manual milling, but for CNC....

-Maybe new spindle bearings - I found some high precision NSK bearings on ebay for pretty cheap (new old stock) and have ordered them. As I plan on spinning this spindle higher than it was initially intended I feel like putting in nicer bearing can't hurt. I am also tempted to just send it and see what happens - replace things once they wear out

-get some more TTS tooling. I have some and it works a charm, but having to swap in the drill chuck to do drilling ops is a pain. This is simple; just order more!

Please let me know if you have any questions or helpful hints. I am still new into the CNC world, but have been diving pretty quick!

All the best,
JPM
Top