Just thought I would share pics of my encoder mount/rear spindle cover on my 1955 10EE. 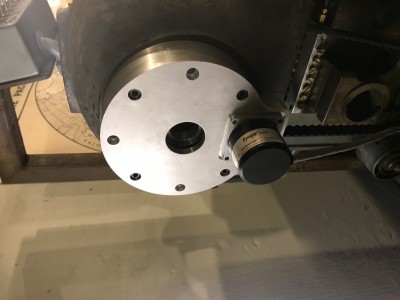 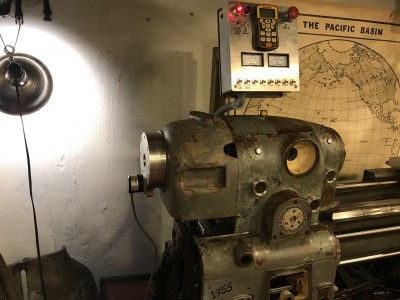 Very much going with the "boxy" look with my parts/covers. it was a fairly ugly 10EE to begin with as it started as an air tracer lathe. All of the air tracer parts were removed and the compound replaced with one from a standard 10EE. For whatever reason, I decided to make the parts for the machine look professional, but obviously not production quality. I guess you could say I am going for a "resto-mod" feel aesthetically.

The entire lower spindle gear boxes etc were all removed. The apron was gutted. The only thing left in the apron is the lube distribution for the carriage/compound/ways. I have a lube pump (one shot style) that will get mounted shortly.

Ball screws were fit with belt reduction. Both stepper motors are inside parts of the lathe. The X being in the apron and the Z being in the end of the bed.

The power feed shaft was removed and replaced with a stainless bar. I may add a lever to the bar and have it set up as an Estop. JUst an idea I am kicking around.

The spindle oiler and tacho gears got trashed when I screwed something up, and as a result the original oiling for the head stock was not functional. repair would have meant pulling the spindle in earnest, and as this is obviously not ideal, I added a small gear pump and oil sump and an oil distribution manifold inside the head stock. Now spindle oiling is controlled manually. Sump with return.

The motor and drive were the tube drive called WIAD. or Works In A Drawer. meaning all spindle drive components were in the base of the machine with a rather large pullout drawer at the end that I reused to house my VFD, contactors, breakers, fuses, power supplies, motor drives and Acorn etc..

Motor is an 1170 7.5 rpm motor with no original or otherwise gear reduction. I tend to turn in the 200-1000 range, so I geared down the motor rather drastically. Cant remember the ratio at the moment, but I fit a large timing pulley onto the modified original pulley. the result is I have a fairly decent rpm range for the things I envision making. as all things, this is a compromise as their is a fair argument to be made that the original DC drives were pretty awesome. I have another 10EE from 1942 in original configuration that is still running the original DC motor and variable speed drive. Thats 78 years old and still functional. The use of timing pulleys to facilitate motor to spindle power transmission was intentional. I envision converting to AC servo drive for the spindle at some point and wanted the drive to be appropriate for C axis work (a guy can dream right?)

Anyway, I have only ever seen one other 10EE cnc conversion, and it kept the machine as original as possible, I wanted to go the opposite route and remove all extraneous bells and whistles bits like handhelds and levers. Nothing is really controlled manually any more, many features are hard wired to relays and such for cooling fans, oiler, light, coolant etc. I was wanting to take a 10EE and make it sort of- more monolithic. Hard to explain.

Hope you all are having a good weekend. I am getting close to done on this lathe, and I am very pleased with my Acorn so far. I am probably going to convert to servos sometime soon, but that will require the extra time in my schedule. 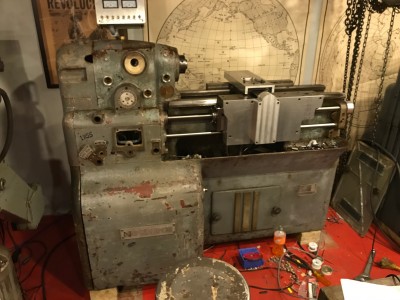 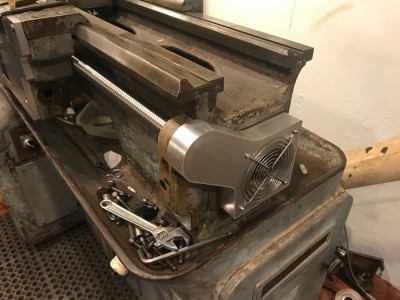 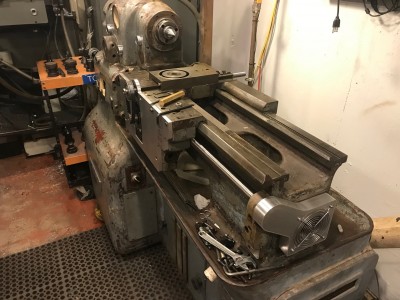 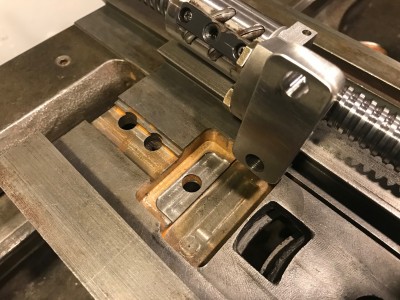 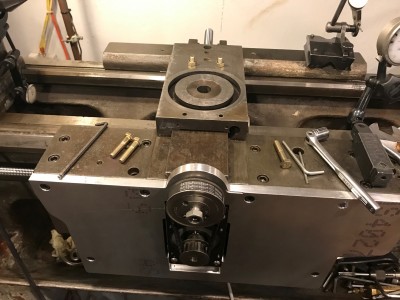 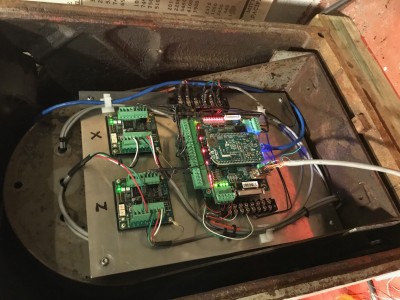 I am a little confused on the spindle encoder. Is it belted? Are you utilizing the original spindle motor or is that also replaced?
Top

I have replacved the original monarch DC spindle motor and Drive with a baldor 7.5hp 3 phase VFD and an 7.5 1150rpm AC ,motor.

The encoder is belt driven, 1:1 ratio to a gear fit on the end of the spindle.
Top

wow, i am jealous. I have a 10ee that i rebuilt because the dc dive was shot, but i just have open loop vfd, haven't been able to get the vector control working... so was thinking of encoder feedback. I like your solution.

I think the guy i bought it from would weep if I did what you did, as he tried to restore it to original... but it looks very tempting...

May I ask what types of parts you envision making?

It is great work! I'm jealous too!
Top

Looks great. Hope you will post a YouTube video when its up and running, showing it cutting!
Marty
Reminder, for support please follow this post: viewtopic.php?f=20&t=383
We can't "SEE" what you see...
Mesa, AZ
Top